it came out of nowhere. after a collective four years and two months of bed-sharing with his mama and papa, liam popped up from beneath the sheets, leaned toward me, and said softly, “i can sleep in my own bed.”

i wasn’t sure what to say. of course, discouraging him from finally doing what we had been hoping he might do ever since aaron’s father, tony, bought him a bed (…last autumn) was the last thing i wanted to do. but starting this brand new, bound-to-be-stressful routine at half past midnight when i was dead tired didn’t sound terribly appealing, either. choosing to grin and bear it, i said, “okay. let’s go and get you all tucked in.”

we walked hand in hand to his room. plugged in the paper lanterns wrapped around the headboard. read a book. then another. and another. hugged. kissed. hugged again. it wasn’t until 2:10 in the morning that i left the room, liam still awake. i tip-toed to his door fifteen minutes later, peeked in, and found him fast asleep. in his own proper bed (cribs and bassinets don’t count, as far as i’m concerned). for the first time in his life. just a month shy of his fifth birthday.

going to legoland in the morning wasn’t intended as a reward for his bed-sleeping accomplishment, as we had been planning the visit for weeks, but that’s certainly the way it worked out. being the penny-pinching people we are, we wanted to take advantage of the toddler tuesday deal (one adult + one toddler get in for $14 total instead of the normal $15 per person) before liam officially graduated from toddlerhood (which, fun fact of the day, apparently extends to age 5 at legoland).

liam, the big-bed-sleeping wonderboy (who usually won’t even attempt the slide without sitting on papa’s lap), even found the courage to ride merlin’s apprentice — a pedal-powered, rotating, elevating amusement ride that actually went rather fast, considering. his first ever (if you don’t count carousels, and i don’t). and rode it twice.

there was an entire room dedicated to all things kansas city. thousands upon thousands of little legos were used to create sculptures of union station, the western auto building, the sprint center, the nelson, the plaza, and other various landmarks. and of course, it wouldn’t be kansas city without a wizard of oz display. no place like home, right?

and we just wouldn’t be ourselves without paying the gift shop a quick visit on the way out (or leaving with something). aaron spotted a 3 for $15 lego keychain advert (which to be honest is a bit steep, but when you’re in a place like legoland, splurging is inevitable), and we each grabbed one to take home. a tiny captain america for aaron, hulk for liam, and princess leia for me. 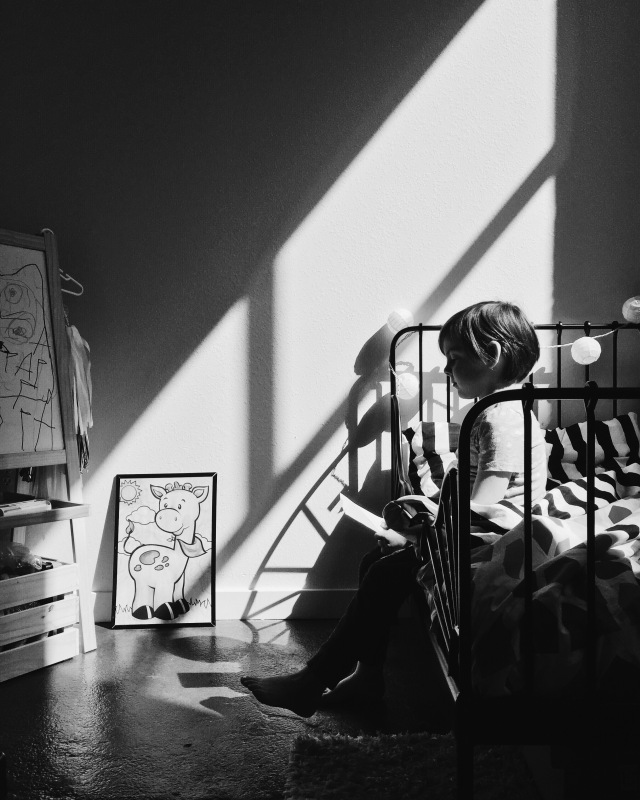 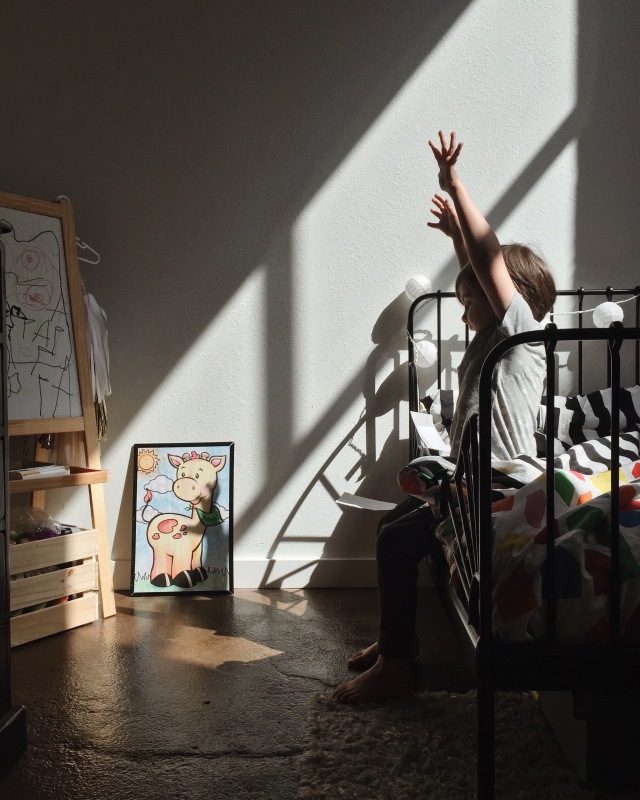 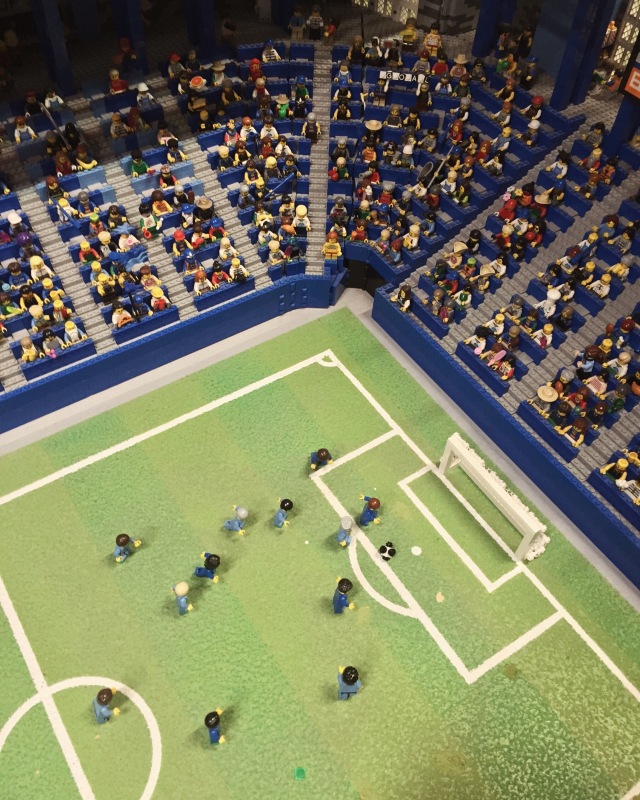 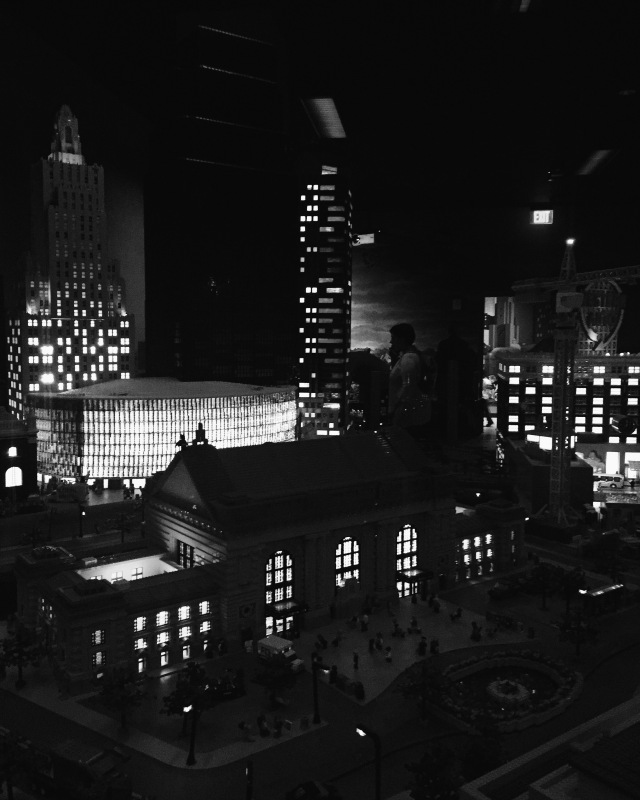 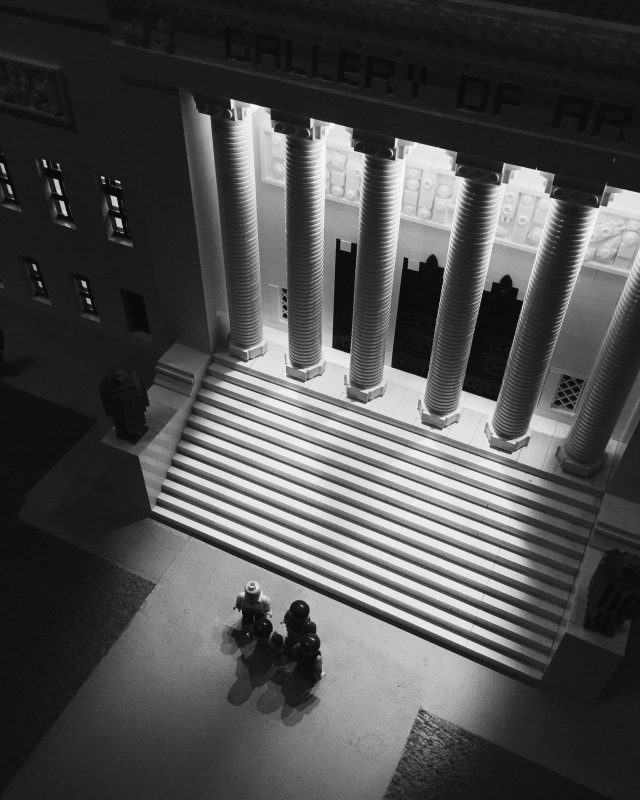 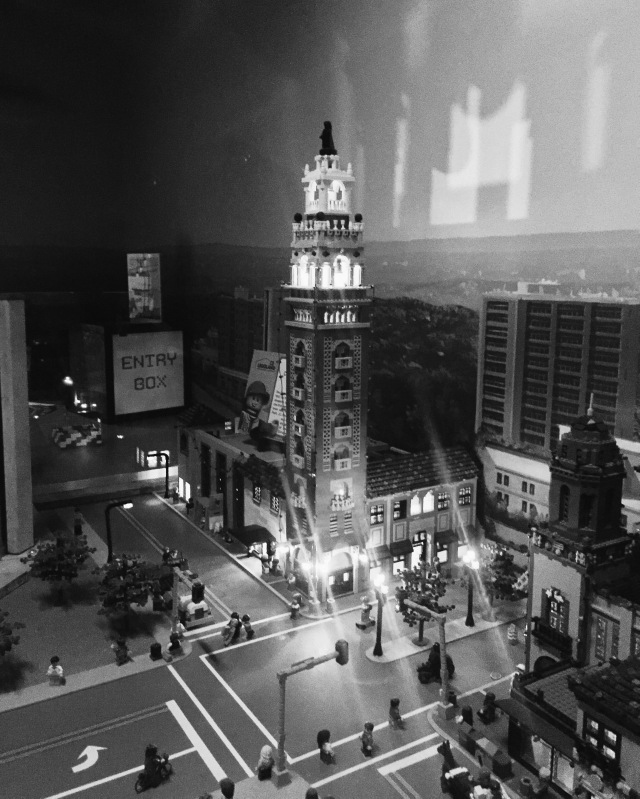 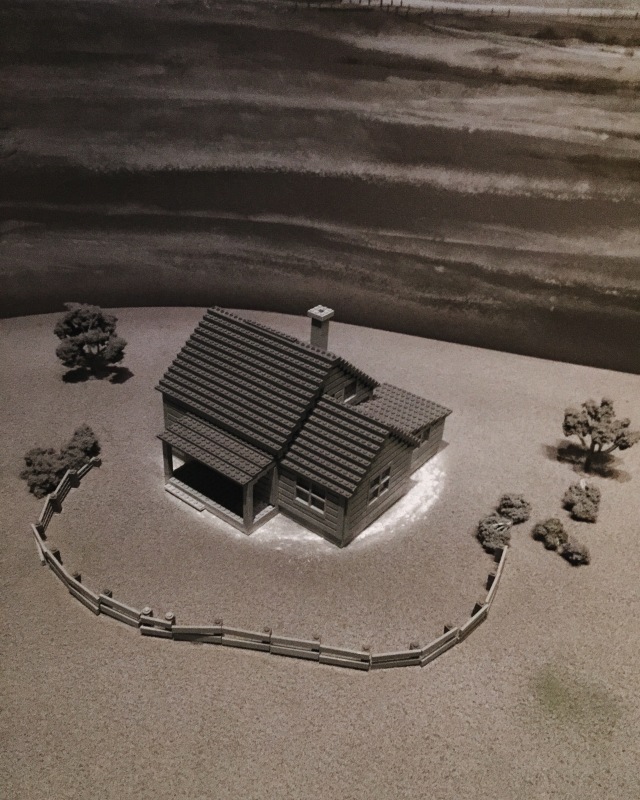 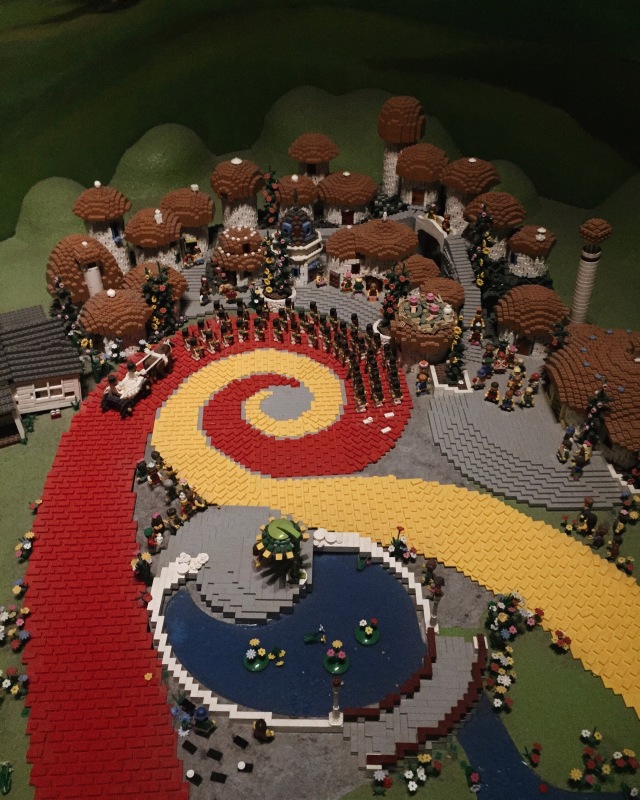 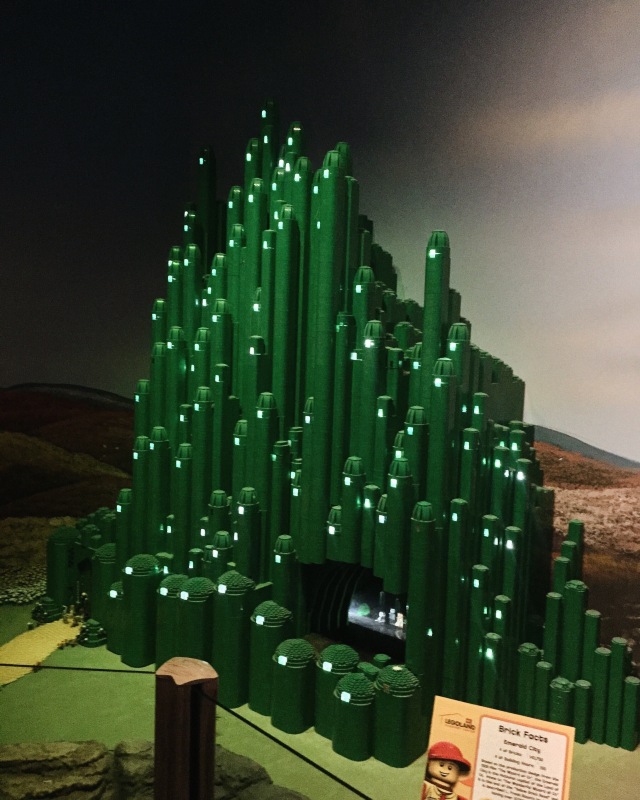 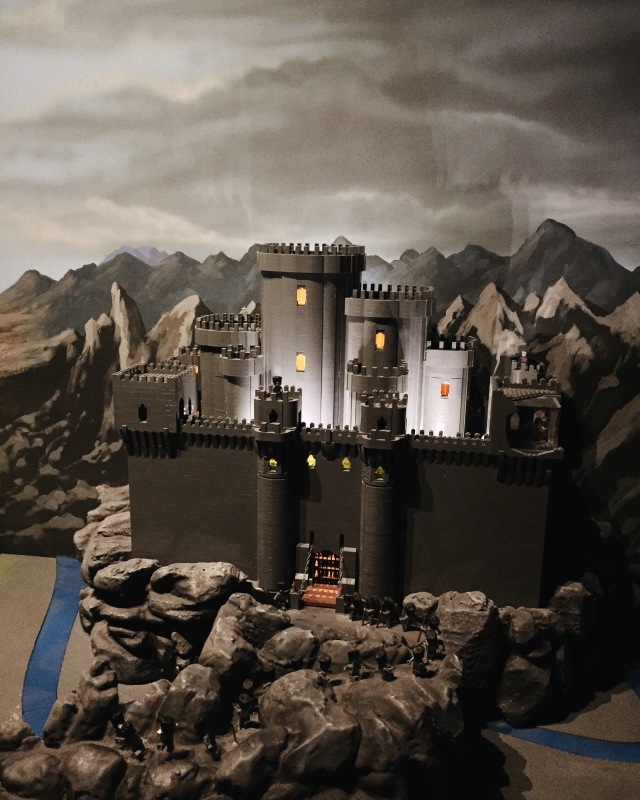 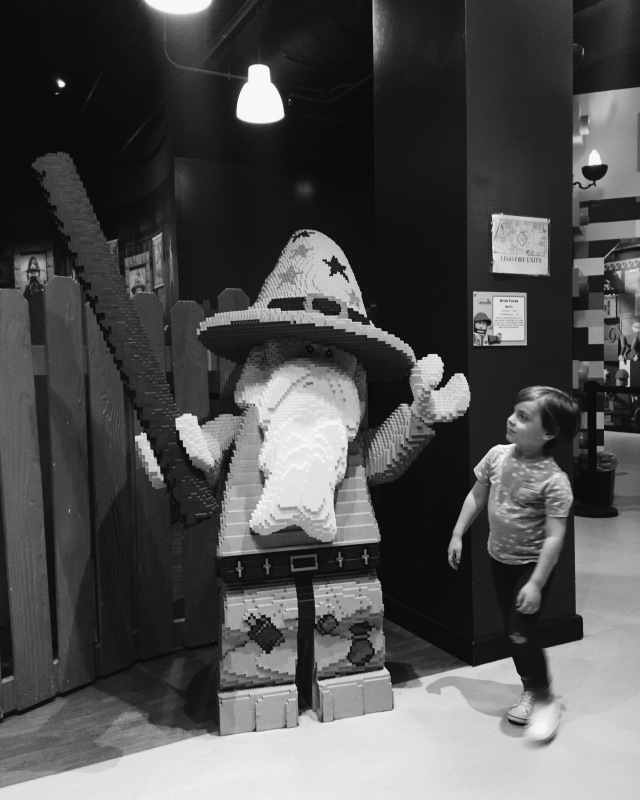 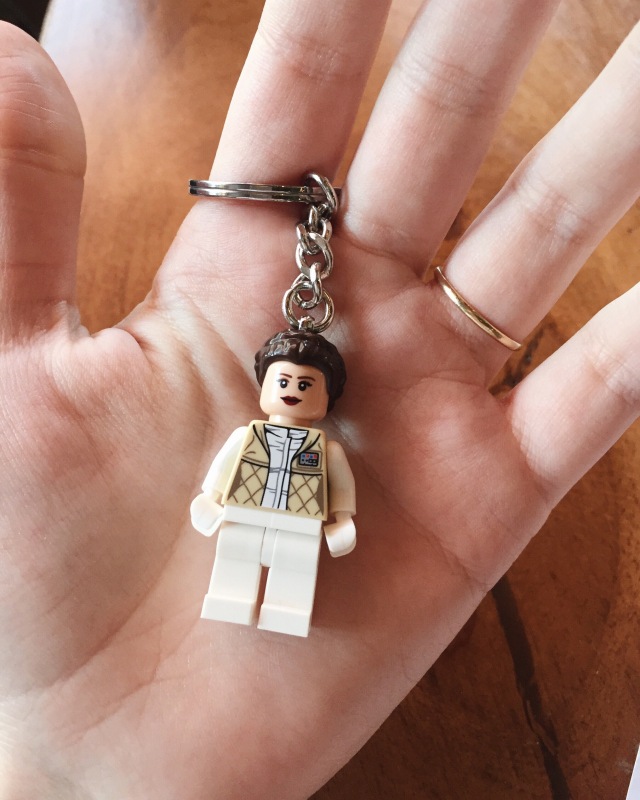 and if you were wondering how i coped with my tiny human sleeping apart from me — not well. there were tears, and there was restlessness. but we’ll get there. we must.