the last time i was in new england, i was young and reckless. stayed out late, talked to strangers, drank, did drugs. spent most afternoons walking the back bay streets alone, choosing espresso over actual sustenance nine times out of ten, listening to talking heads and new order and gang of four and jim croce and the velvet underground, daydreaming about a life i knew i’d never lead. but it felt good, at least for a time, to try it all on. to slip into the shoes and clothes and habits of the people i admired. it was all very not kansas, very not midwest, and at the melodramatic age of 18, when being landlocked in a town where everyone looked and thought and did the same felt like a fate worse than death, that was exactly what i needed.

i grew up though, and i’ve since realised it doesn’t matter so much where you are, but how you are. and, barring a chemical imbalance, you really can be happy anywhere, landlocked or not. admitting that truth stings a bit, if i’m being honest, and i’m nearly a decade away from such coast-or-bust feelings. maybe some of that teenage melodrama stuck around, tucked away. that would explain most of my seemingly unprompted, unfortunately not completely infrequent emotional outbursts. note to self: might be a good idea to do a bit of reflecting on this realisation.

right, back to the topic at hand. this time around, i came back a wife, a mother. still young, but not so reckless. no late nights, strangers, drink, or drugs. i think the most reckless thing i did the entire trip was let liam eat more than his fair share of sugary, maple syrup-soaked pancakes before jumping in the rental car for a short trip up the rocky, jagged coastline of maine.

our second us-only trip. first stop, boston. second, portland. third, bar harbor. we wouldn’t have been able to pull this trip off as quickly as we did without the help of my dear “cousin” who welcomed us into her room (and into her bed, but, y’know, nothing inappropriate). fronting the cost of plane tickets and rental cars and gas and public transit and food and national park entry, and then lodging on top of all that? a bit more of a let’s-plan-and-save-for-an-entire-year-or-more trip rather than the spontaneous, hey-cousin-i-have-an-idea, oops-we-only-have-a-few-seasons-to-plan trip it ended up being.

in boston, we arrived just before midnight. struggled to find a cab to the airbnb. arrived, dropped our things in the hall, picked out our beds, set the sleepy playlist to repeat, and passed out quick (but not before unleashing one of my signature sleep-deprived hysterical bouts of laughter upon unsuspecting aaron). woke to the sound of folks walking their dogs, grabbing their newspapers, boarding buses, hailing cabs. felt small. felt good. felt like part of something so much bigger again, unlike i do back home (love you, kc, but you’re no boston).

in portland, it was five days of utter rest and doing whatever we wanted whenever wanted. something sorely needed by all of us (i’m looking at you, worker bee tall man). meandering our way downtown, sitting down long enough at breakfast to sometimes order twice, drinking damn fine cups of coffee (brewed by damn fine kelsey warren) to rival even those enjoyed by agent dale cooper. drawing, reading, puzzling, you name it. we had nothing scheduled, nothing planned. i imagined it to have been a little like life as a rich person who did nothing to earn their money, but instead inherited it from dear old mum and dad. no need to work (if you don’t want to), no obligations (if you don’t want them), just complete and utter freedom to go and to roam and to live as you please. eat out as much as you want (we did), shop frivolously (we did that, too), sleep in (i think we only did this once out of sheer exhaustion, but when you hail from the yellow brick road, and you’re presently mere miles from the endless stretches of the sea, you’re up with the sun and happy to be).

in bar harbor, we pulled ourselves out of bed at 3am and drove ourselves up cadillac mountain, in what quickly became the most terrifying drive (passenger ride) of my life. do not at all recommend driving in the dark up a mountain so dense with fog, you’re lucky to see two feet in front of you, especially a) on such little sleep and b) with your precious offspring sitting in the backseat. i do, however, recommend arriving at the top of cadillac mountain at 4am to see it all — the sea, the islands, the trees, the town — from utter darkness to full sunrise. just maybe remember to bundle up like your life depends on it, because it actually might. it was liam’s 6th birthday the day we witnessed the nation’s first sunrise, and even though the poor boy had to cower under papa to block himself from the wind, and decide which was better — to let your nose run, which you cannot stand, and keep your hands warm, safely nestled within your pockets, or to remove your icicle-like hands from their happy home, which you also cannot stand, and wipe the blasted snot away, he still says it was his favourite memory from the entire trip. more so than flying for the first time, or the wild wind of boston’s screeching subways, or portland’s immense selection of vegan eateries, or the empty playground we found tucked behind kelsey’s house, or the halloween-like fog that rolled in from the sea each passing night. he’s since requested that every birthday from this point on, we see the sunrise (and the sunset) — and it will be my greatest joy to be able to give him just that next year, and the year after that, and the year after that, until (or if) he outgrows the wonder of seeing the start of a brand new day.

later, we drove round and round through the park (partly because, y’know, acadia is absolutely divine, and maybe also partly because we may or may not have understood the whole you-can’t-turn-around, everything-is-on-a-loop, you’re-probably-going-to-waste-several-hours-just-figuring-this-place-out bit). climbed boulders. walked through forests. breathed in the balsam firs. stood at sand beach. cried at sand beach (but don’t worry, they were the happy kind — the kind where you can’t believe you’re alive on this day, in this place, with these people). let the ice-cold north atlantic waves crash into me at sand beach (waves that had traveled who knows how many thousands of miles to reach that very spot, that very day, that very moment). it took everything i had in my land-born, ocean-yearning heart to pull myself away — knowing full well when our rental car was due, when our flight home would depart, when aaron’s work expected him back — to turn my back on it, to let the magic of it all go. sometimes i still think back on it, and wonder how long i could’ve stayed and lived and felt that special kind of freedom only gazing into the endless horizon of the sea can offer before a park ranger came and forced me out. it’s a decent sized park, with more than a few decent spots to hide. i’d wager i could get a couple of days in before anyone noticed. 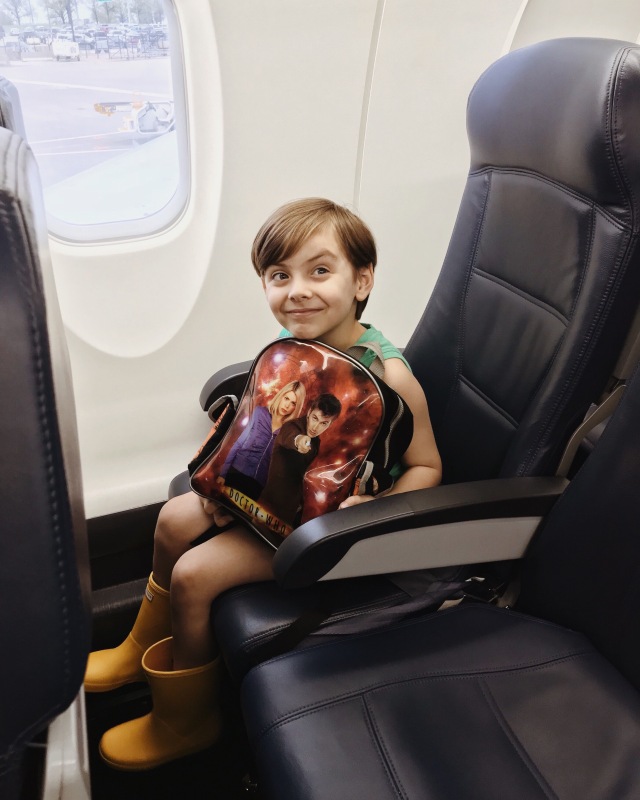 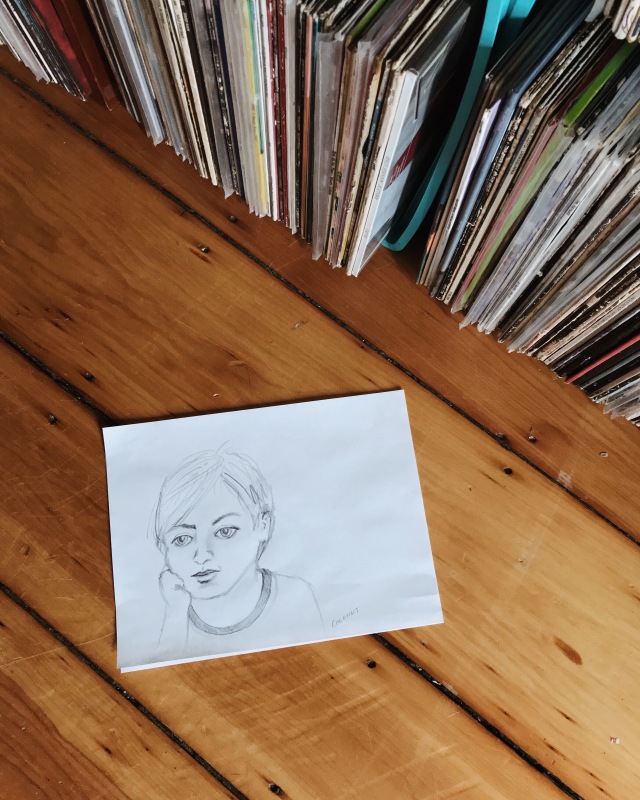 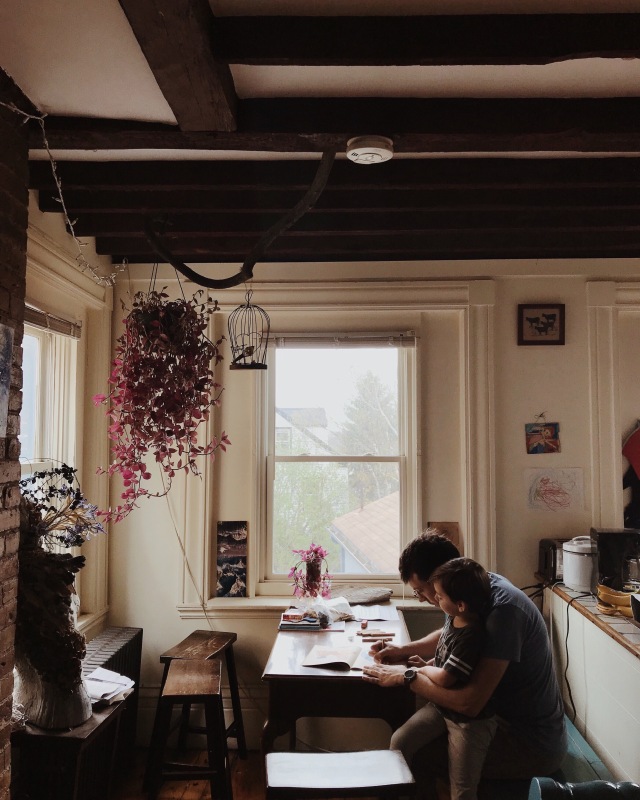 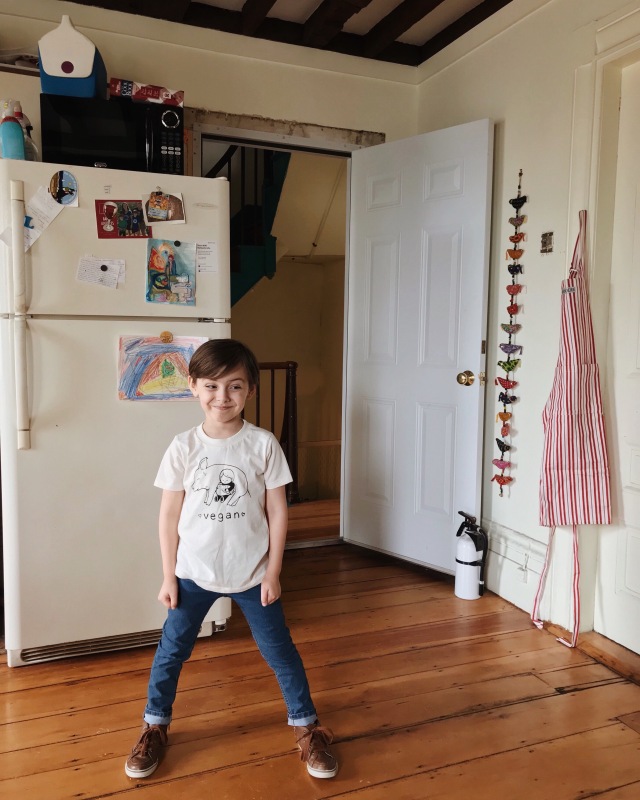 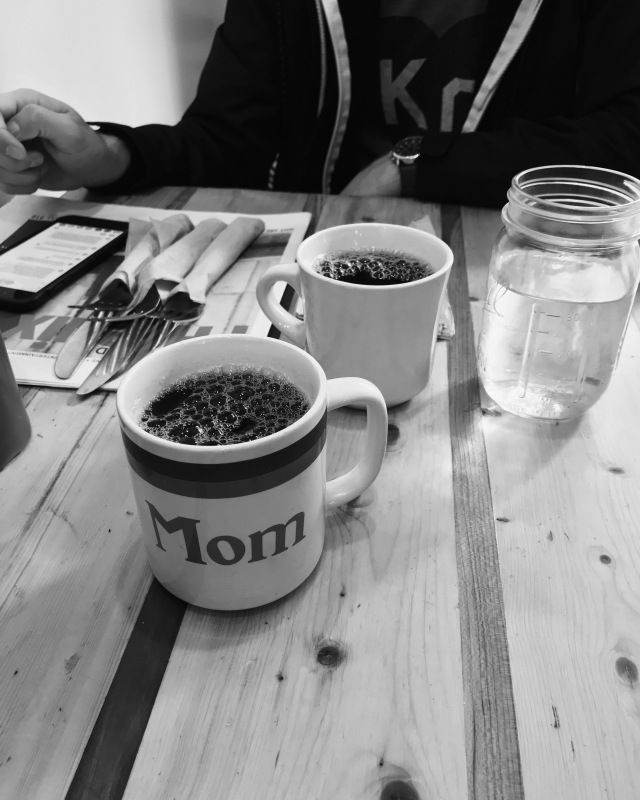 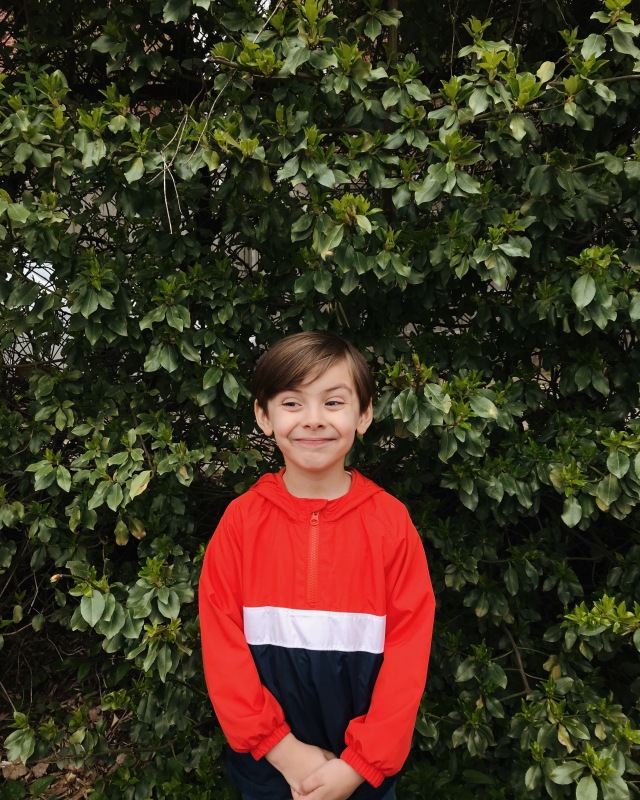 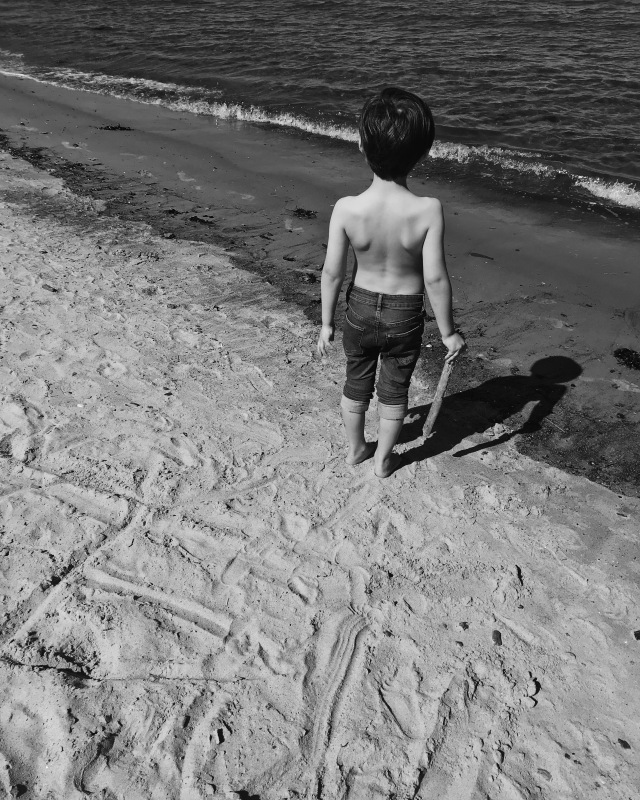 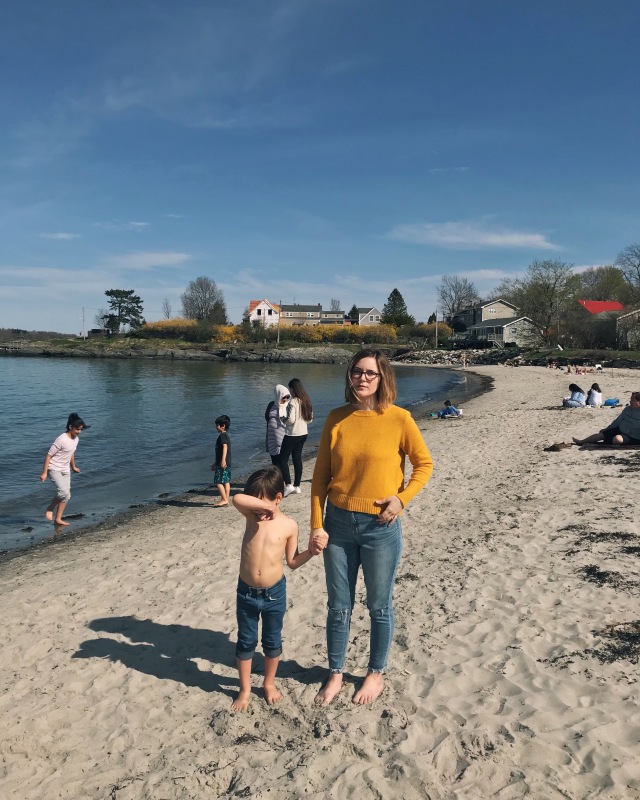 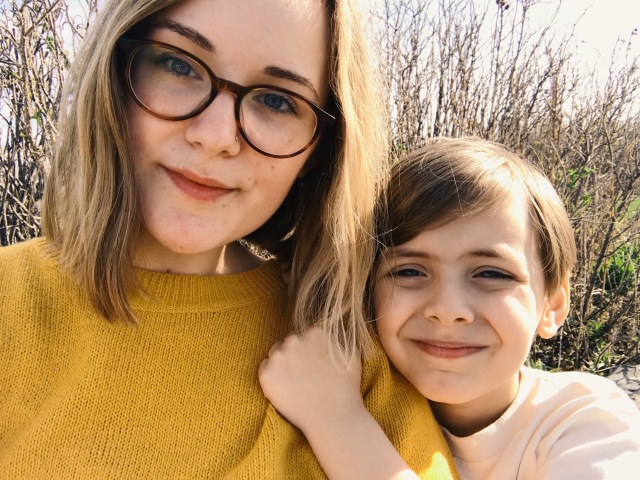 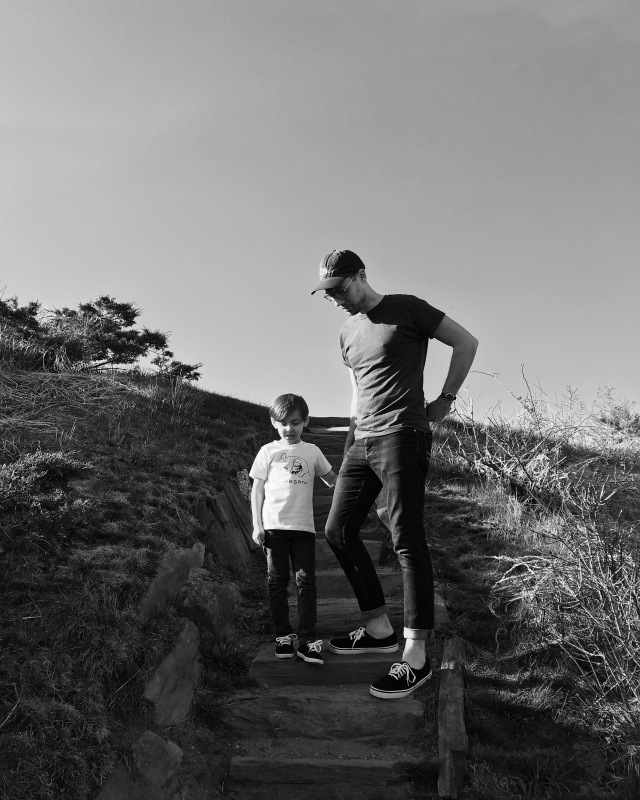 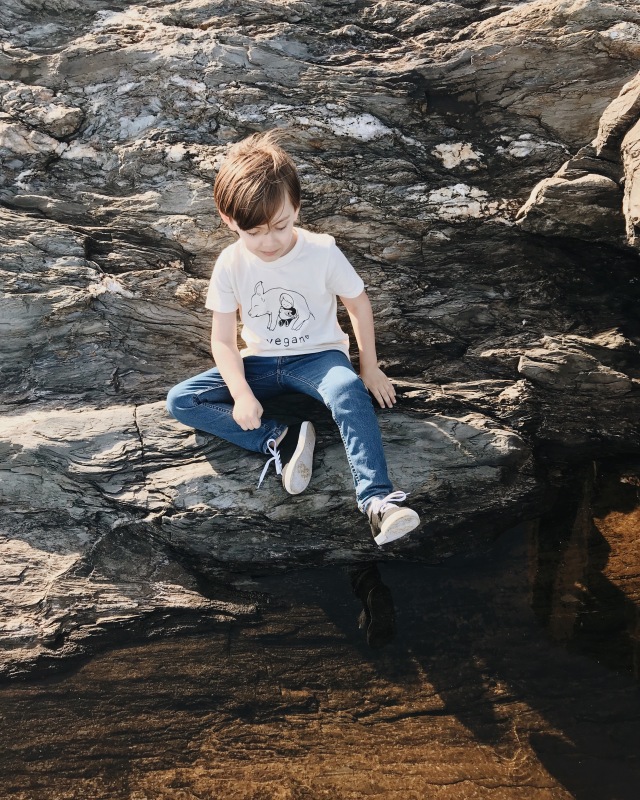 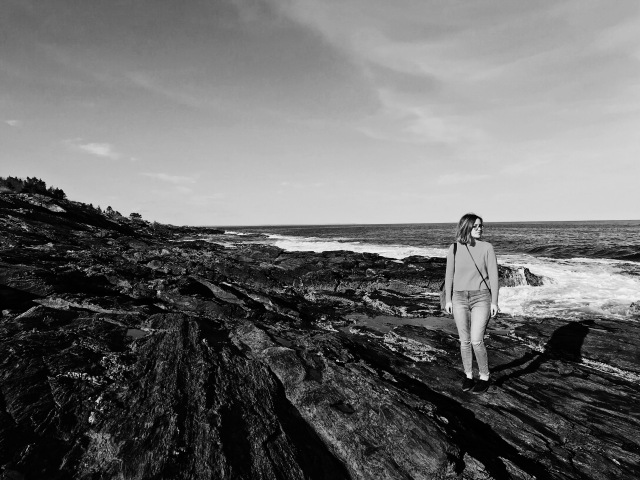 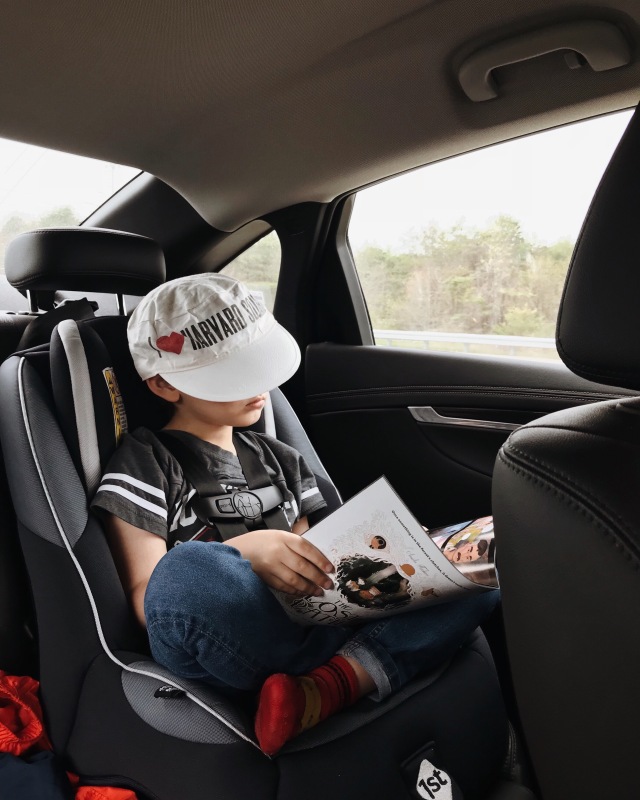 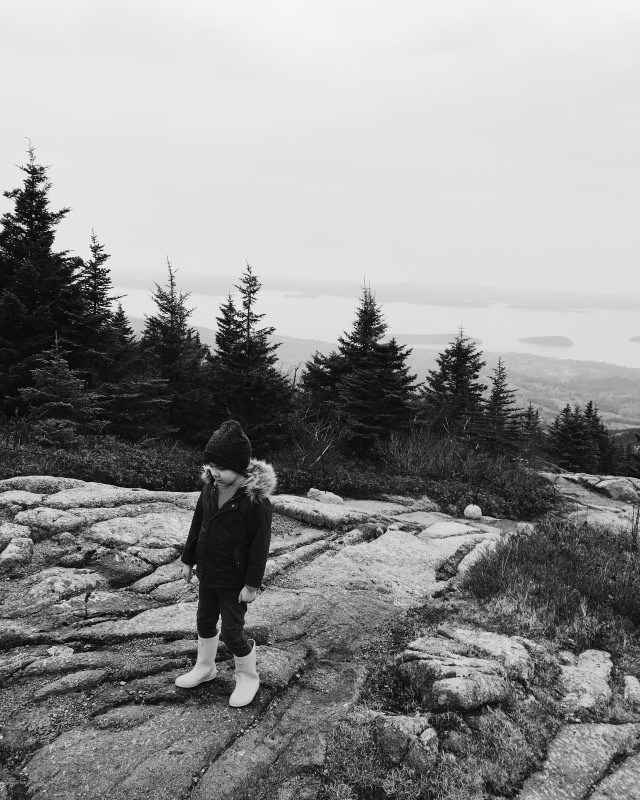 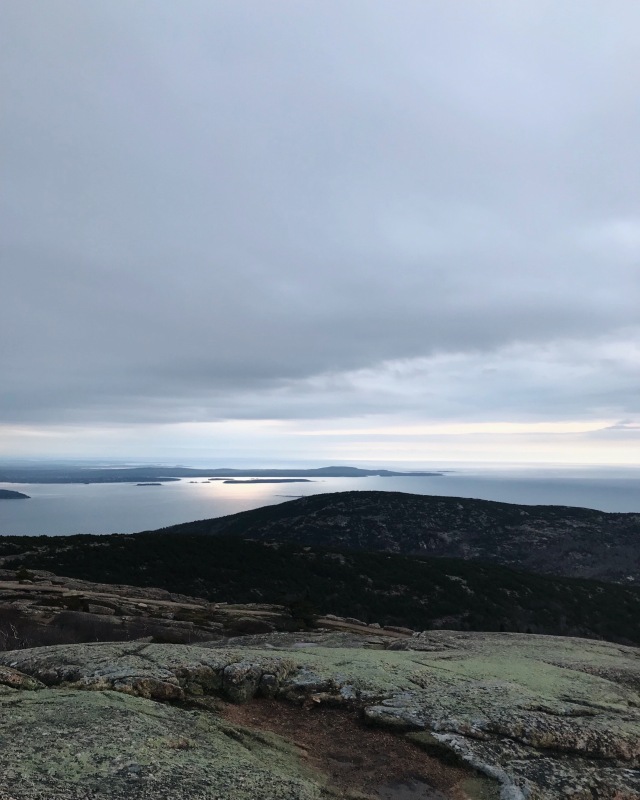 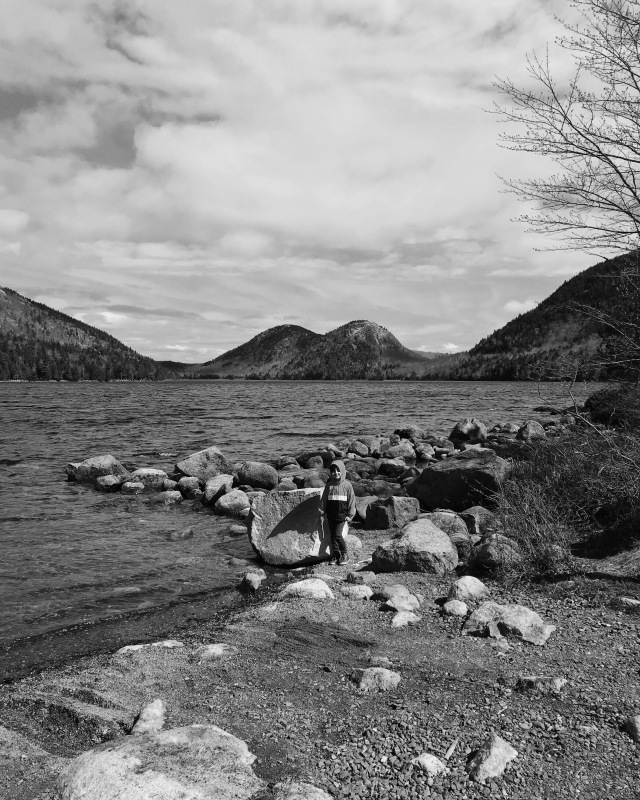 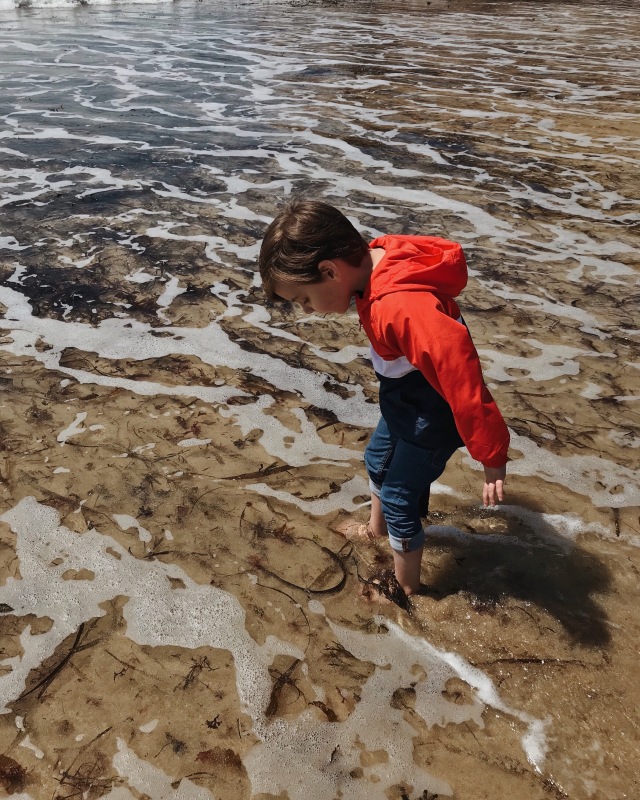 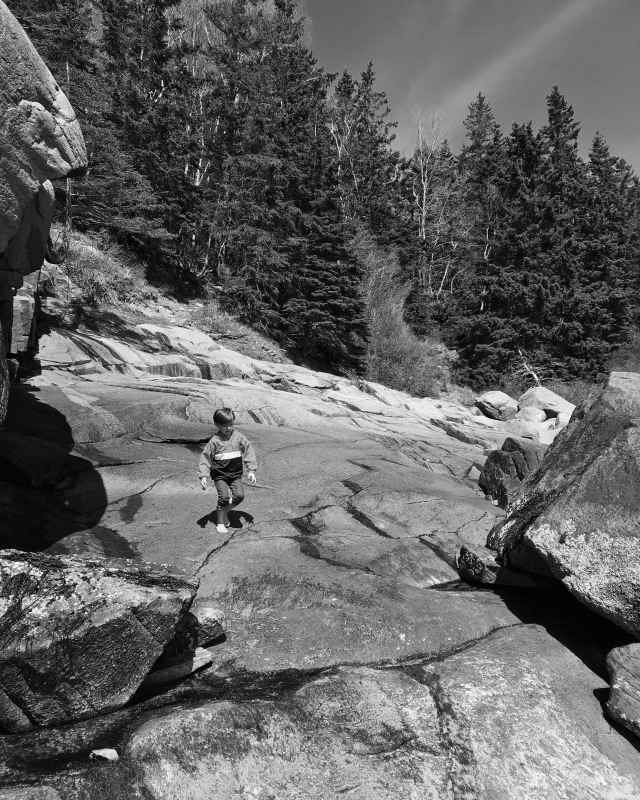 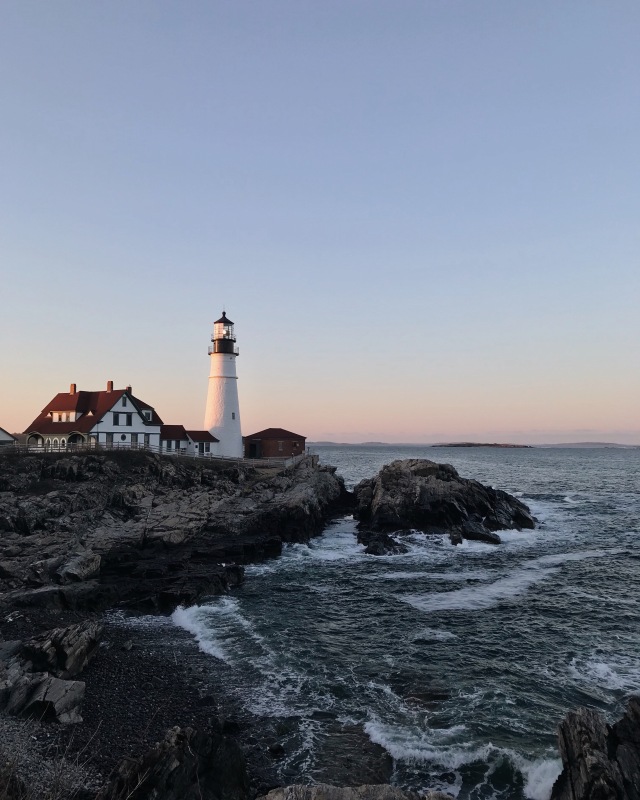 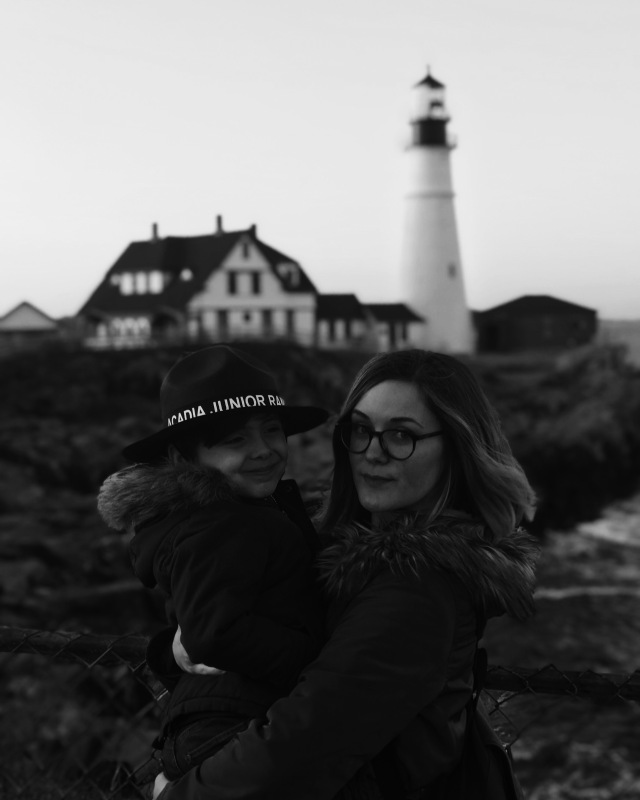 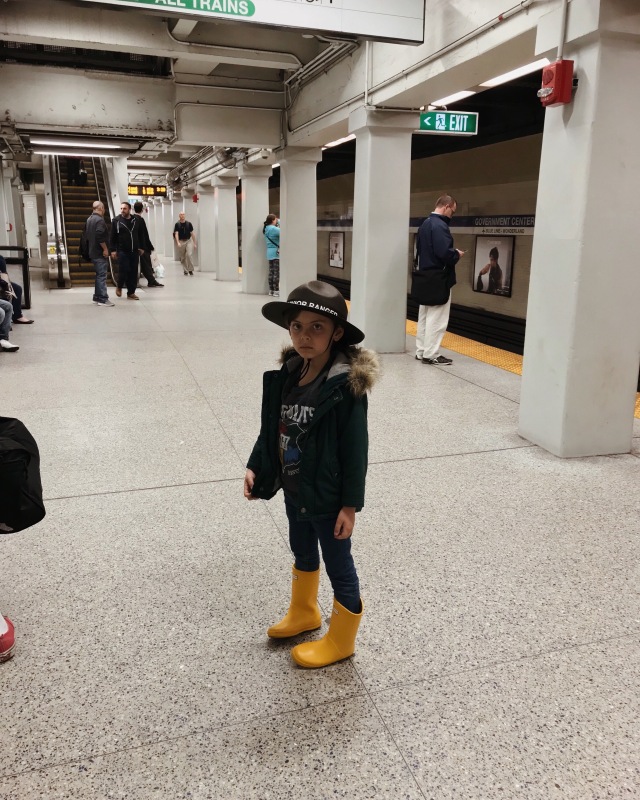 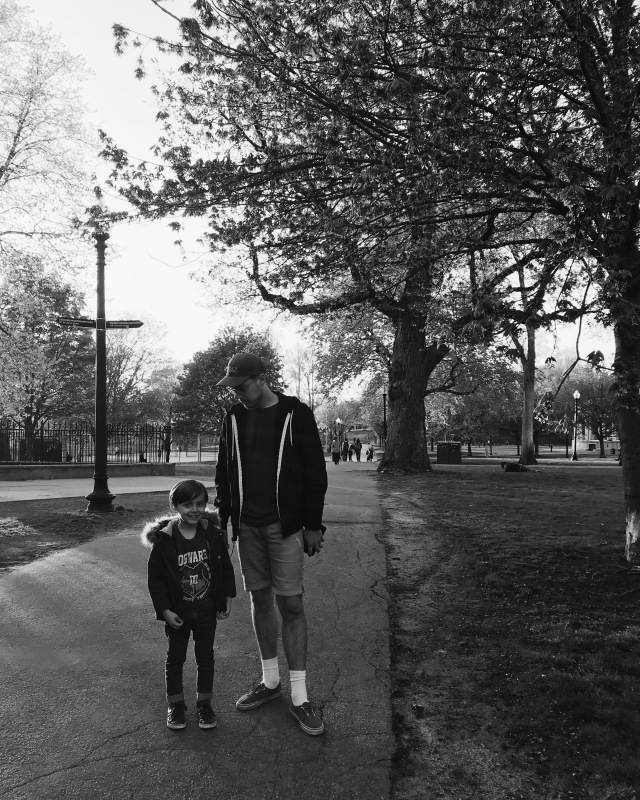 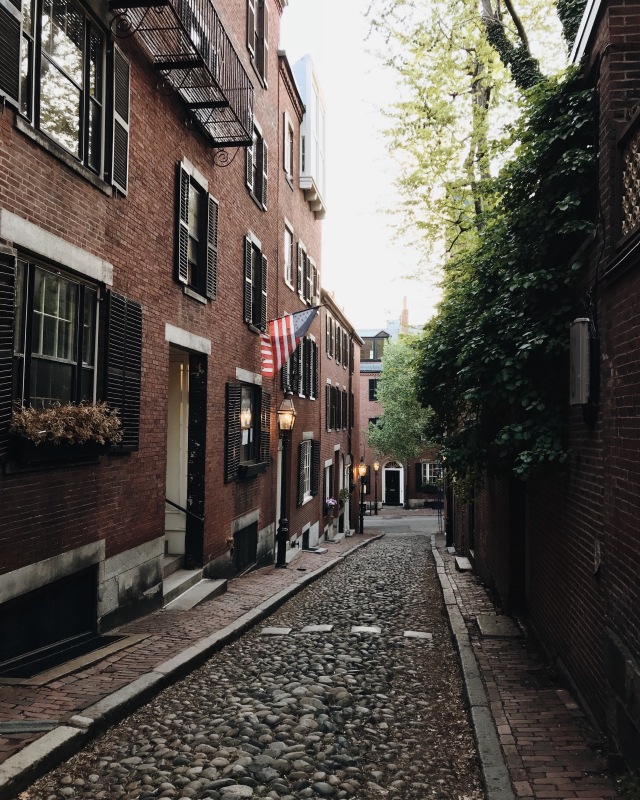