if you thought the greatest day of the year couldn’t get any greater, you haven’t tried christmas crackers. a party favour originating in england in the mid 1800s, i hadn’t even heard of or seen them until 2005 when i watched david tennant’s first full-length doctor who episode, the christmas invasion. christmas crackers (although i suppose i should say holiday crackers, as they are used for other occasions, too) are small cardboard tubes wrapped in decorative paper; enclosed is a small gift (ours were parachute paratroopers), a paper party hat (aka a crown to make you feel like a member of the royal family), and a fortune or a joke (we had fortunes). as i’m sure you’ve guessed, the crown was really what i was after. we popped ’em open almost as soon as we rolled out of bed, and didn’t dare take them off even for a moment.

as always, we (okay, aaron) whipped up blueberry pancakes for breakfast (this time, however, we had organic maple syrup to appease a certain maple-loving tall man), and had chinese at new peking for dinner. spun sharon jones & the dap-kings’ it’s a holiday soul party on the turntable (over and over and over again). watched the train aaron’s father gifted us chug ’round and ’round in circles around the bottom of the tree. dressed wilder as an itty bitty santa claws (which he surprisingly did not instantly hate). and nibbled on cinnamon crumb cake and lemon bars, and sipped bottomless mimosas a l l  d a y  l o n g, because if you can’t indulge at christmas, when can you?

gift-wise, this was the first year we successfully stuck to the something-they-want, something-they-need, something-to-wear, something-to-read thing i had heard so much about. under the tree, liam had a melissa and doug service station parking garage, two toy trunks for under his bed, socks and slippers, and a book called “home” waiting for him; for wilder, a shiny, gold, fish-shaped name-tag engraved with his newly-chosen name. liam’s stocking was full to the top with a piggy bank, a sea cow tea infuser (which he asked for specifically — this is the kind of kid i’m raising, you guys), hot wheels, and bath toys, and our (new! traditional!) reusable family box contained a copy of arthur christmas on dvd, a bag of kettle corn, some cookie mix, a box of hot chocolate, “merry christmas curious george” in book-form, and the board game let’s go fishin’. there were even gifts for the non-littluns of the house — a first for us. per liam’s request, we had ventured to target earlier in the week, and took turns walking up and down the aisles so he could pick out $10 surprise gifts for us both. he settled on a spider-man mug for aaron, and a quartz candle holder for me. wrapped lovingly (and a bit sloppily, if we’re being honest) by the littlun himself. they were sheer perfection — crinkled paper, excess tape, and all. and yes, i did cry.

it was certainly one for the books, this christmas. i think the only thing that might top it is if we were british. celebrating in britain. britishly. 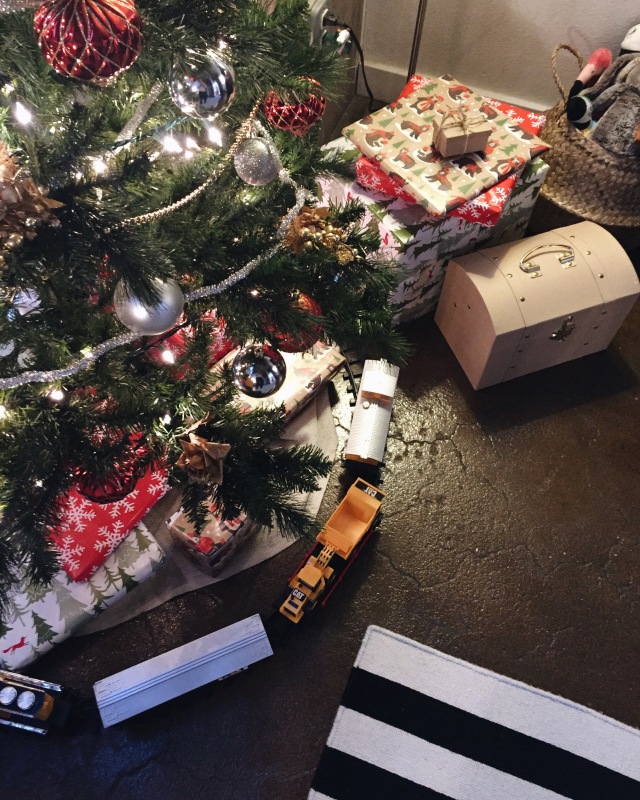 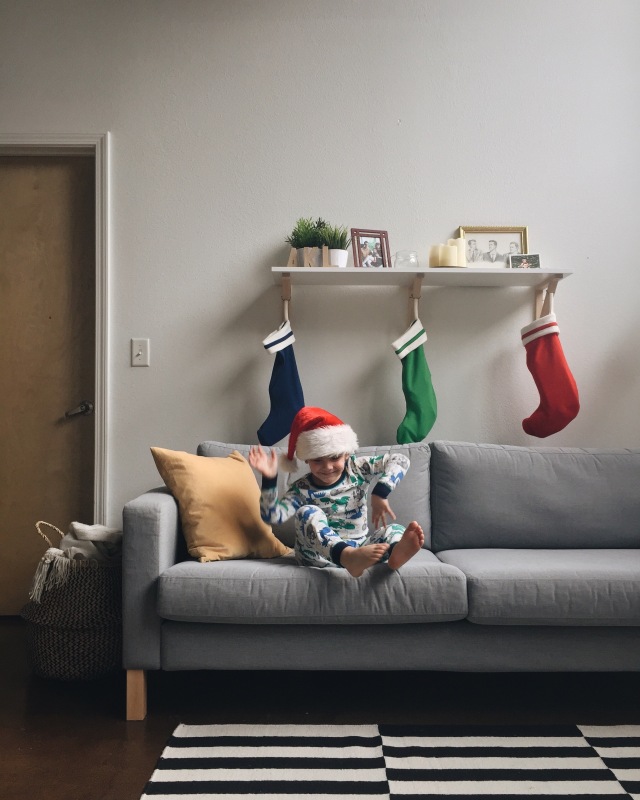 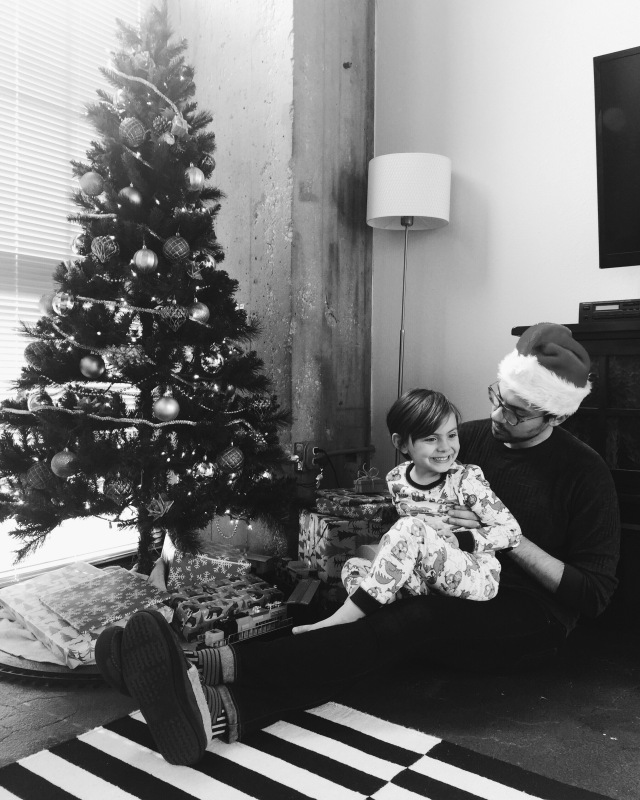 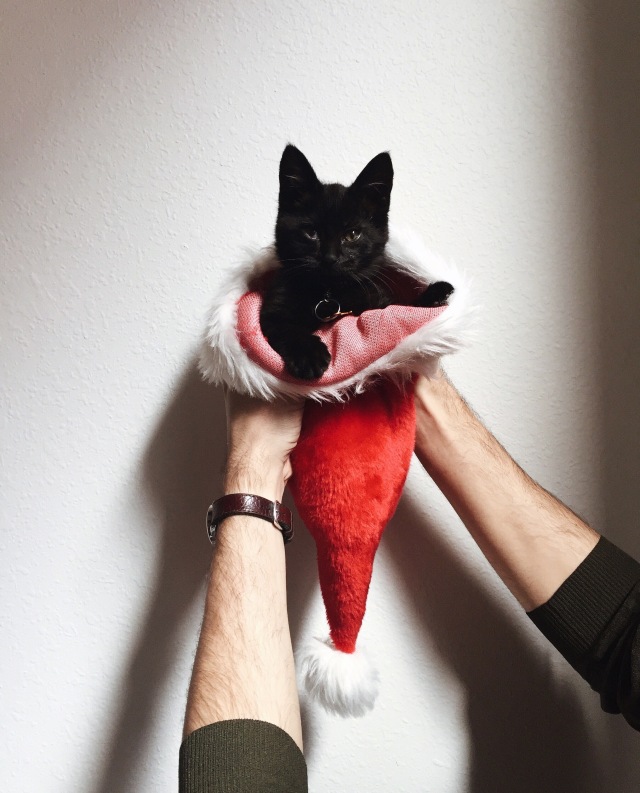 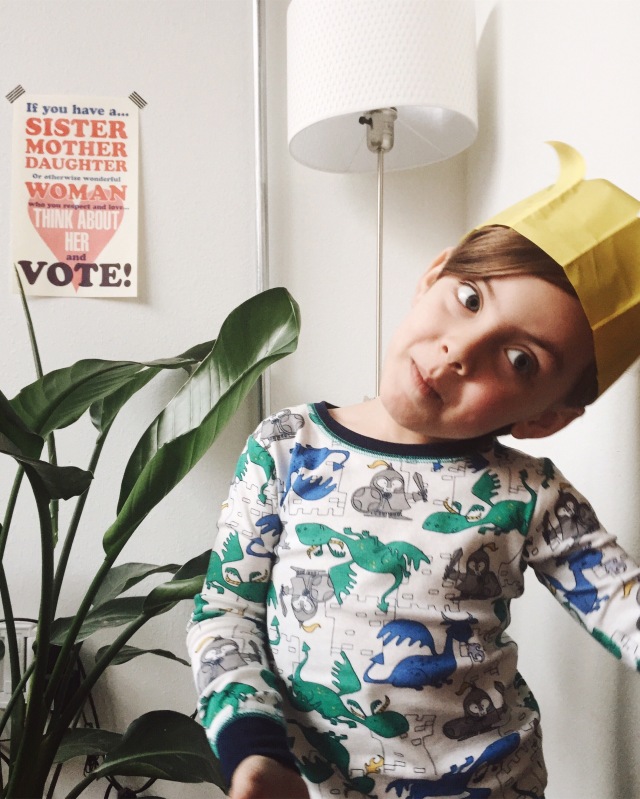